It’s 2019: How are you tracking your happiness?

If you’re not already logging and quantifying your moods, don’t worry. Apple declared self-care apps the top app trend of 2018, and they’ve been growing in number by the month. There are thousands available to guide you along your happiness journey. And while it’s hard to come out against a pro-snacking, nap-positive app genre, the boom in self-care and digital wellness shouldn’t automatically be a cause for celebration. It’s a reason for pause  — and maybe even cause for concern, given the questionable quality of some of them.

Take Happify, a subscription-based app that allows you to build your “happiness score” with a series of scientific-ish tests, and track your weekly happiness with quantitative analysis. Or Sanity & Self, which promises it can help you remain “mindfully productive” with a seven-day course and achieve your core purpose in life in just five sessions. As you work to improve your happiness:sadness ratio, consider setting reminders to meet your daily goal-of-choice using the lifestyle optimization app Strides.

Type “self-care” into the app store, and you’ll find a plethora of apps loosely categorized under the genre. These are apps that allow you talk to a *real* therapist, guide you to “paint the stress away,” or offer to send you daily affirmations.

Some use evidence-based techniques more than others. There’s limited evidence that meditation apps are effective, for example, but at least there’s proof that meditation itself is good for you. And I’m not sure how snarky you can be about an inoffensive app like Aloe Bud, which reminds you to do the simple things in life: drink water and go to bed.

Then there are apps like Calm Harm, which was designed by a clinical psychologist. It’s used by social workers in conjunction with counseling and relies on evidence-based DBT (dialectical behavior therapy) principles. Calm Harm isn’t supposed to replace psychotherapy; instead, it’s meant to help soothe nerves in moments of crisis.

Unfortunately, this kind of app appears right alongside far more suspect apps that have little or no scientific grounding. Take the app labeled #SelfCare, which allows users to experience calmness voyeuristically through the use of an avatar. The avatar is stationed in boho paradise: underneath a comfy white duvet cover with a succulent plant on the windowsill to soothe them. #SelfCare encourages users to breathe and offers aesthetically pleasing in-app purchases to complement their experience, including an animated zodiac wheel duvet for your avatar for 99 cents. Your avatar (not you) can even slip into a pair of fictional fur slippers for free.

Calm yet? How strange. Me neither.

Plenty of apps try to make you quantify your self-care. I’m particularly terrified of Happify, which — in addition to helping people improve their happiness score — tries to teach people how to practice empathy. Empathy, the app reveals, is scientifically proven to spark joy (not that you would practice empathy for any other, you know, spiritual or moral purpose).

You can also track your weekly happiness score  with this happiness scale until you reach maximum happiness optimization.

After using the app a few times, I felt like I needed self-care from spending all this time monitoring my self-care. Spiritually, I was busted.

There are apps like Happify that are annoying, and then there are apps that feel downright toxic. Consider Youper, a five-star-rated “emotional health assistant” that uses AI technology to track your emotional health. In practice, the app functions as a kind of robotic life coach. Users type their most pressing problems into the app, and the app provides them with an automatic “therapeutic” response.

Youper gives users a range of goals they can work toward — for example, making 2019 the year they become a “Wonder Woman” (an absurd, faux feminist, patently unachievable goal of the First Wives Club variety).

As you can see, I probably went a little farther in my responses than most. The fact that Youper didn’t recognize that pattern is disturbing. Because this is an app operated by a robot, not a trained psychotherapist, Youper’s responses are often absurd.

Think of it as a Samuel Beckett play, but somehow, incomprehensibly worse.

By the end of my first “session” with my therapist, the AI had already diagnosed my thinking patterns. I was thinking too much in the present as well as the past. I was catastrophizing. I was engaging too much in “should” thinking. I was using “negative glasses.”

I was doing everything wrong.

As a former social worker who spent years providing one-on-one counseling to young adults, this kind of depersonalized, automatized, rapid-fire assessment terrifies me. Typically, therapists wait multiple sessions before they publicly assess a client’s thinking patterns. Rarely are we supposed to provide advice. We help clients find their own solutions, and it takes time. Assessments are supposed to be conducted by real, breathing, caring, thinking humans — not hypercritical bots responding to programming as opposed to actual human needs and personalities.

It’s borderline dangerous for an automated “therapist” to operate that way.

“A psychotherapeutic relationship that is purely digital is the antithesis of what therapy should be is or is,” Sara Richardson, a social worker in private practice, told Mashable. “[There are exceptions] when a person doesn’t have access to a clinic because of financial reasons or mobility issues … But often these apps can serve as resistance to actual real work. It can make you feel like you’re doing real work, when in fact you’re doing something superficial.”

Richardson isn’t opposed to the idea of these apps. She’s just anxious that wellness apps will replace the most critical part of the process: the therapeutic relationship.

“Technology does allow so many people to access each other through the internet. But it shouldn’t replace human connection,” Richardson says. “That’s its fundamental failure.”

SaraKay Smullens, a social worker and the author of Burnout and Self-Care in Social Work, is herself concerned that self-care apps are treating the surface of the presenting problem instead of the underlying trauma. A self-care app might help you fall asleep, but it can’t tell you why you’re not sleeping in the first place. It might remind you to eat, but it won’t reveal to you why you’re not eating. It can improve your breathing, but it won’t unpack why you need breathing assistance.

“Technology offers so much, but you can fall into a trap with these apps if the apps aren’t speaking to what’s really overwhelming you,” Smullens told Mashable. “For me, that’s a philosophy of the examined life.”

No amount of animated zodiac blankets can save us from ourselves.

Even if the quality of the apps is inconsistent and evidence for their success mixed, nothing has stopped the wellness app boom. Part of this growth spurt has to do with the self-care trend itself. The apps have the wind of an entire cultural movement at its back.

For some users, the answer is even simpler than that: They need help. There are no resources for them in their home environment.

After the 2008 recession, states cut approximately $4 billion in public mental health funding, shifting the bulk of costs to consumers. These days just 55 percent of psychiatrists accept insurance, making mental health all but a luxury for cash-starved millennials already confronting stagnant wages and staggering student debt. Couple that with long hours spent at work and a freelance gig economy, and, well, of course people need reminders to take a shit.

It’s no wonder people are turning to self-care apps for care, regardless of their therapeutic value.

“Well, I personally think they’re better than nothing,” Antonia Frydman, a psychotherapist who serves patients struggling with anxiety and depression , told Mashable. “If they’re talking about sleep and exercise, that’s at the very core of self-care. These can be compliments to therapy, which is unfortunately inaccessible to a lot of people…. We’re all so addicted to our phones, the only way some of are going to unwind is through iPhone media. They [the apps] can be the minimum you need to not be totally miserable and survive in this capitalistic society.”

The minimum you need to not be totally miserable.

To be fair, there are plenty of people who do take pleasure in self-care apps. It might be a placebo effect, but it’s something.

Here’s how T.J, a former social services administrator, describes her nuanced approach to self-care apps. T.J. doesn’t see it as a cure-all. She’s careful about which apps she selects.

“I’ve used Talkspace [a teletherapy app that provides therapy over mobile] to get me through some hurdles, but generally when I can get Groupons or a discount,” T.J. told Mashable. “I think it’s good for motivation and helping yourself when your routines are breaking down due to stress, but not good for psychodynamic work.”

T.J.’s approach is reflective of how some counselors would like to frame the self-care app boom. When the *good,* evidence-based apps are used correctly, as a complement to ongoing psychotherapy, they can boost the therapeutic process.

“If you’re trying to figure out the meaning of your life, they’re not going to help you with that,” Frydman says. “But these apps can be helpful in how you regulate yourself.”

“I will sometimes recommend a CBT [cognitive behavioral therapy] thought tracking app,” Richardson says. “It can supplement therapy you’re already doing. Apps that help you manage bowel movement or manage pain — I think those can be really useful.”

Smullens encourages people to find the strategy that works for them, whatever form it takes: “Don’t force yourself into any self-care strategy that somebody else says is right for you. So much of life today is the expectation to fit yourself into someone else’s paradigm.”

And if you really feel like you need to download a self-care app, proceed with caution. Be mindful of which apps you download. If you have access to a licensed therapist, ask them which ones are worth considering. Don’t download apps based on listicles written by journalists who haven’t interviewed real clinicians. Don’t be distracted by apps that were supposedly created by “real psychologists” (that doesn’t necessarily mean anything).

Use apps that are humble in their mission: an app that reminds you to breathe at your desk is more likely to be successful than an app that promises to permanently alter your mood. The more limited the app’s goal, the more likely you are to accomplish it.

Apps can’t do the real, full work of self-care. Let’s see these apps for what they are — band-aids — and leave it at that. 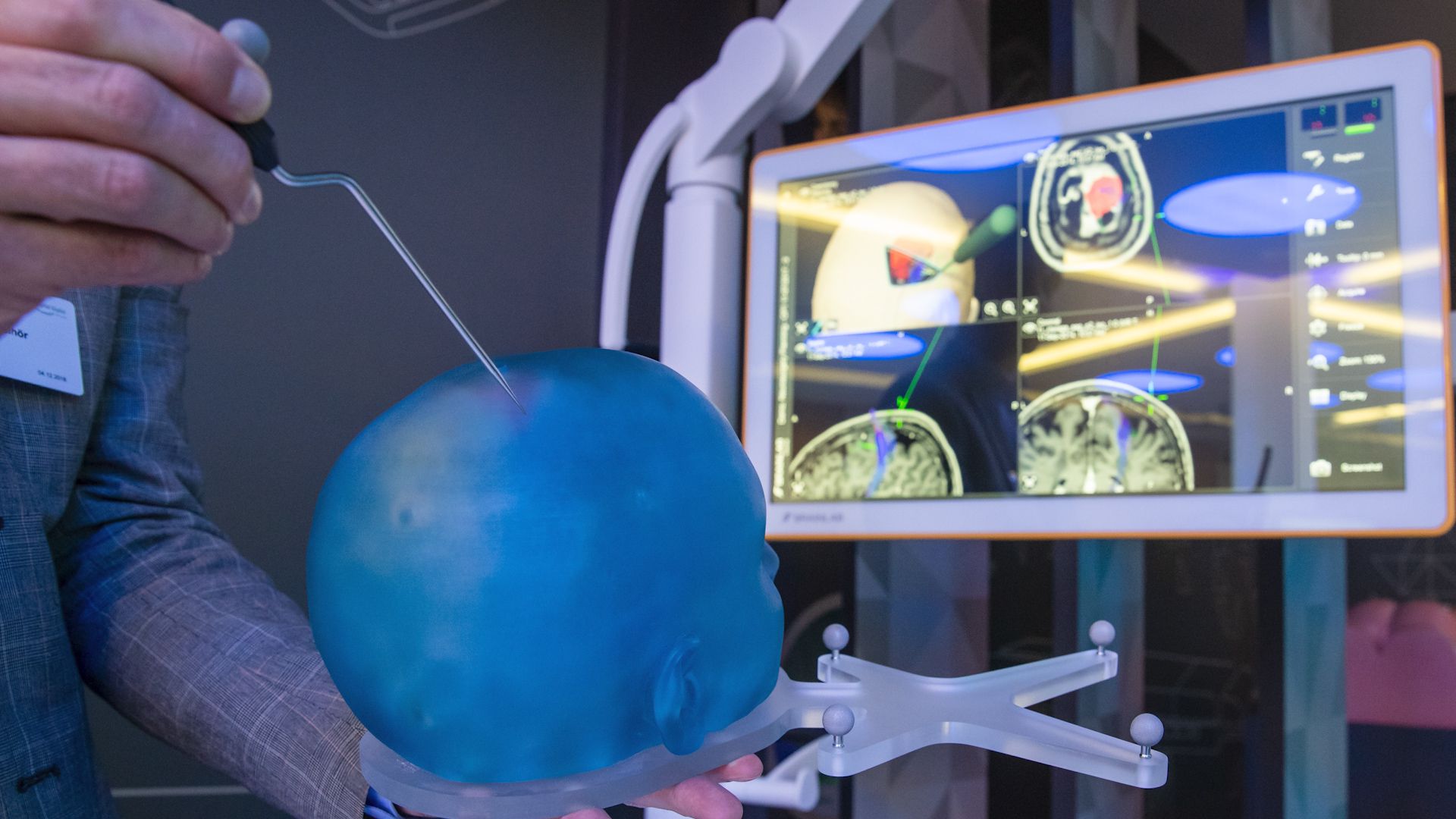